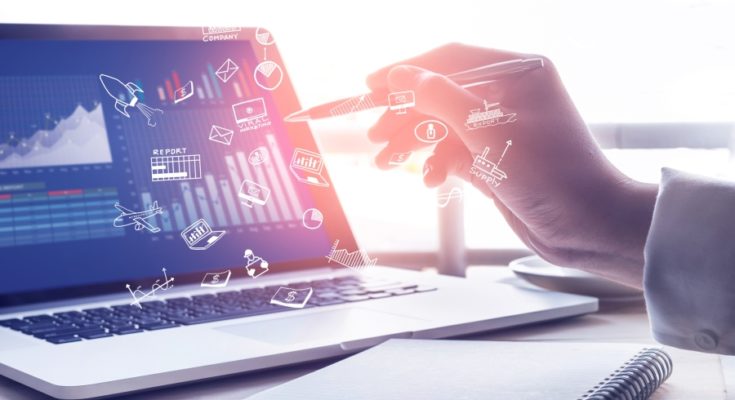 There are new technologies and software inventions almost every single day, and so you have to be kept abreast of the tools and spaces you can employ to make your business more visible.

Traditional marketing makes use of phone printed ads, billboards, and direct marketing while Influencer marketing can be carried out online and electronically via the internet and mobile phones respectively. The internet makes advertising easier because platforms and tools like video, email, social media, websites, and blogs offer several options for business owners to project and grow their brands.

Of all these platforms social media has become a big umbrella that currently serves as the biggest tool for digital marketing for businesses, which is why many people assume it is the most powerful digital marketing platform. What’s even better? There are over 2 billion people on social networking.

Narrowing digital marketing to Asia, specifically Southeast Asia, the market in Asia has been discovered to be full of potential and the economies have been on the rise. Southeast Asia has also been experiencing a development in internet connectivity and people have been making utilizing social media more than ever before. As a result, influencer marketing is becoming one major way to connect with consumers.

Affable reports that 1.5 billion active social media users belong to East and Southeast Asia, meaning the region is ably represented by a large margin and is contributing to the social media community. Also, Hootsuite’s report titled ‘We are Social’ records that 55% of the entire Southeast Asia population is on social media.

Paypal supports this claim in their research which states that about 80% of Asian sellers use social media to sell their products and services.

This phenomenon is even more obvious in Southeast Asia. Thailand recorded the highest percentage of merchants using social commerce (commerce using social media) at 95%, followed by 87% of Philippines merchants, and 80% of Indonesian merchants.

These reports only attest to the fact that for Southeast Asia(SEA), the social media sphere is perfect for marketing.

Although other channels that were mentioned earlier – email, websites, search engines, and blogs, are still relevant in terms of marketing online, the majority of customers can be found on social media most of the day.

Again, like the internet community is diverse, so also is social media. With over 65 social networking platforms, small- and large-scale brands have enough choices to reach new and existing consumers.

Southeast Asians mostly employ the use of mobile devices to get information and statistics show that about 90% of Asia’s population own smartphones. A study carried out by Tech Collective Asia relates that the high level of smartphone influx in the population has contributed to the reason why new social media users increase daily.

Influencer marketing comprises two concepts; influencer and marketing. Within social media, the sphere is people called influencers. An influencer is a popular personality on social media. He/she makes use of their status as a Social Media celebrity to endorse brands.

This endorsement will then place the brand in a position that will generate sales for it. The modern Influencer Marketing industry is still relatively new as it wasn’t in existence until like 5 years ago. Before then, people were influenced through word of mouth and referrals but it has become an industry on its own with no intention of going away anytime soon. Brands in the last few years have realized the importance of tying up with influencers that share the same value as theirs.

Below is the list of the top 3 social media platforms commonly used by influencers in Southeast Asia:

Thus, Instagram is unarguably the number one social networking medium where brands will get influencers to campaign for their brands.

Also, YouTube is favored by the younger generation and so if as a brand your target audience is the teenagers, then 70% of prospective consumers are on YouTube. In essence, your brand influencers should make good use of that platform to influence YouTubers.

Brands can also connect with content creators that will project what their brands stand for. Although the sister platform,  Instagram is still topping the chart when it comes to influencer marketing, the tools Facebook keeps putting in place suggest that it believes influencer marketing is worth exploring and is already a force to reckon with in the world of advertising/marketing.

Influencer Marketing Trends That Will Abide

Their influence is quite strong because most times their followers will most likely act quickly on the information they share.

The need for caution arises from the downside of this particular Influencer Marketing  industry because if you are seeking only brand awareness, these  might be financially draining and you might want to stick with influencers with a large following

Employees and Clients will become key influencers or advocates.

This is still a new trend brands are still testing out due to the high number of fake influencers on social media especially Instagram. Also, many influencers are not in any way interested in the products they claim to promote, and it is reflected in the way, they go about the promotion. As such, brands have started going through the process of seeking real influencers who are genuinely interested in their products. This move is to create a mutual bond among brands, influencers, and their audience/customers.

So, brands should research influencers thoroughly before they settle for the one who suits their niche. Some might see it as a waste of time but it will be worth it to have a solidly understood long-lasting relationship with their influencers and also achieve a greater ROI.

A fusion of technology and IM, CGI is a new trend that is still yet to be fully explored. CGI is a programmed design and operated by people. It is used in movies and now in Influencer marketing. It is like a different face for a real person,  and so it can do what a real brand influencer can do.

A top CGI influencer on IG is Lil Miquela. With the followership of 1.6 million on Instagram, previous partnership with Samsung, Prada, Diesel, and Calvin Klein, including recognition by Time Magazine as one of the most influential persons online, the future of CGI influencers is bright enough. The brand is not yet as popular as that of human influencers but it is bound to enter the spotlight soon. It is one of the influencer marketing to be utilized in 2020.

Humans are psychologically conditioned to buy what others have bought and testified to be good or buy from people they’ve come to know and trust.

Great article, totally what I was looking for.

Great blog! Is your theme custom made or did you download it from somewhere? A design like yours with a…

This page definitely has all the information and facts I needed concerning this subject and didn't know who to ask.

Good blog you have got here.. Itís difficult to find excellent writing like yours nowadays. I seriously appreciate individuals like…