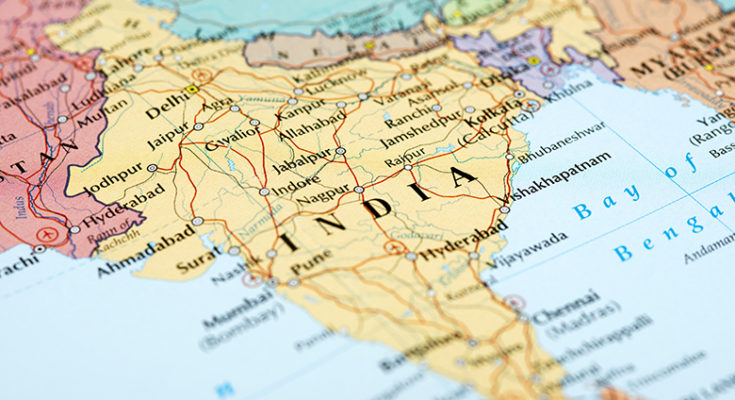 HOW TO REACH OUT TO A DIGITAL SAVVY INDIAN CONSUMER

India has earned a reputation for itself as the leading destination in the world for international companies, to do business.

The thrilling digital revolution currently underway in India is hard to ignore.

Even in the smallest villages, thousands of Indians are buying their first smartphones so they too can connect with millions of others via the World Wide Web.

India’s population is three times the size of America and all technology giants such as Google, Facebook, and Tik Tok have prioritized India as a key market.

It’s hard to ignore doing business in a country with over 1.2 billion people.

A report by the Global Innovation Index also showed that there is a rapidly growing innovation and startup culture across the major markets.

This has resulted in an improvement in India’s global GDP (Gross Domestic Product) ranking from eighty-one to fifty-two between 2015 & 2019.

India can also boast of an unparalleled youth demographic with about sixty-five percent of its population at 35 years old or under.

One half of the nation’s population of 1.2 billion is below 25 years old.

Additionally, the country has improved its reputation in terms of the risk posed to foreign investments and, by early 2019, had ranked third in the world with regard to attracting technological investment transactions.

Moreover, the Indian market has always been an attractive one for many multinational companies looking to expand their businesses to the Asian continent.

It has ranked among the world’s largest ecommerce economies and the frequency of the transactions occurring across its mobile channels remains unparalleled among neighboring countries within the region.

As of 2019, the Indian population was approximated to be 1.37 billion following the most recent UN data.

Mumbai is the country’s largest city with about 12.5 million inhabitants. It is closely followed by Delhi which has more than 11 million residents.

In general, there are over 50 regions in India that have a population of one million.

Even though the number of people living in urban zones has risen over the past 20 years, approximately 67% of Indians still occupy the rural areas.

The country is well-known for its great variety of languages, religions, traditions, literacy levels, economic status, and social customs.

The rising income is influencing the spending patterns of the average Indian consumer and is expected to propel digital consumption in the country in the next decade.

The General Business Outlook in India

Yet, India’s business landscape is set to develop in multiple areas thanks to several factors which include government stimulus, international trade, and a strong emerging economy.

With a burgeoning young populace that is aspiring to key leadership positions, technology has also been a major driving force for innovation and economic growth.

There are numerous business opportunities in multiple industrial sectors.

However, one must bear in mind that the 29 states in India each have different languages and customs.

The country cannot be perceived as a single market but rather as an interconnection of regional markets with varying business practices in each state.

While one can be easily be discouraged by hurdles, such as market regulatory hurdles, entrepreneurs can still navigate the Indian market successfully with a strategic roadmap.

A winning strategic plan that has long term benefit is the ideal foundation for any business; this will allow for application and adaption to the diverse and complex nature of the Indian economy.

This is a market that requires loads of endurance and long-term strategic planning to be successful.

Below, we have highlighted a few useful tips you should know before expanding business to India:

As 2020 begins in earnest, most Indian tech start-up businesses are already looking forward to enjoying their best business year in recent times thanks to some of the highest amounts of investment capital flow ever recorded flowing into India’s local ecosystem.

Since the beginning of 2019, $11.3 billion was raised by unlisted Indian tech startups – a significant increase from the $10.5 billion raised the previous year.

The fundraise witnessed last year was the largest figure for the country’s local tech network in any year.

This further places India’s burgeoning startup economy on the path of steady development.

Moreover, the Indian government has further liberalized its policies on foreign direct investment (FDI) for most economic sectors, which has opened up new avenues for global investors and corporate giants.

With the addition of over 1,300 tech startups so far in 2019, India has strengthened its claim as the world’s 3rd largest tech startup ecosystem.

The Indian economy also witnessed the inclusion of seven Unicorns (companies that have an over 1 billion USD valuation) by August this year taking the total number to twenty-four – the 3rd highest tally of Unicorns in the world for one country.

The age bracket of the average digital-savvy Indian consumer is also tightly concentrated within 20-34, just like their global counterparts.

The digital-savvy Indian consumer is also motivated by saving time & money. Brand variety is another essential factor for shopping online.

As per latest KPMG reports, typical Digital Consumers in 2030 would most likely be:

The fact remains that India will go through a massive evolution stage in the next decade.

In the nearest future, India will witness improvements in high-value digital transactions across major industries like travel & hospitality, ticketed attractions, consumer food services, and apparels among other sectors.

All over the world, and in India, digital technology has interrupted many aspects of customer lifestyle.

Thenumber of digital Indianconsumers is poised to increase over the next 10 years due to the accelerated digital transformation.

Smartphones have become the preferred medium for shopping online.

Purchases are largely influenced by user reviews and recommendations.

A large majority of Indians are increasingly accessing commercial activities via mobile channels.

The digital-savvy Indian consumer also places a higher value on best prices for their online shopping.

80% of the country’s internet consumption is done via mobile smartphones which has led to the digital revolution being witnessed in the country today.

This revolution has affected every aspect of the Indian lifestyle from healthcare, fashion, and banking, booking tickets, eating out, and hookups that last a lifetime.

The Marketplace That Never Closes

As the tech-savvy Indian consumer – especially the modern ‘Generation Z’ and the ‘Millennials’ – consumes most of the digital information around them, this is the perfect opportunity for brands to leverage by creating varied consumer experiences online.

This is the best time to expand business to India even though it’s a fragmented market with varied consumer profiles.

Lots of international brands have confronted the challenge and ventured into the Indian market.

Global brands such as North Face, Muji, and Armani Exchange are thriving in India thanks to the effective use of knowledge and information to create products designed to accommodate the average consumer’s needs.

The cost of engaging and communicating with prospects on digital platforms is considerably lower in comparison to the other countries.

Those brands that continue to generate robust consumer experiences on digital platforms will always attract the attention of new customers by developing trust and gaining their loyalty.

Some Key Ingredients Needed For Expanding Business to India

Global content/campaigns don’t work well and winning brands usually adapt their communication to not just suit the sensibilities of the Indian subcontinent but take care of regional nuances.

This will better enable the business to produce tailor-made products corresponding to the customer’s requirements and help develop the brand faster.

The country’s business landscape is geared towards growth in multiple sectors thanks to numerous favorable factors which include government stimulus, international trade, along with an overall robust and developing economy.

Increased private investment, an increased level of infrastructural growth, along with an investment-friendly environment is expected to propel this growth.

With India’s younger generation rising to leadership positions and driving technological growth and improvement, there are several opportunities for doing digital business in multiple economic sectors.

An expanding middle class coupled with rising incomes in India will bring about a significant shift in the spending and consumption habits of the average Indian consumer, presenting huge opportunities for expanding business to India.

For instance, because more Indians now use affordable smartphones, the total revenue from e-commerce activities is likely to grow beyond 120 billion USD in 2020 and this figure will continue to rise.

The timing is perfect for you to branch out into the Indian business ecosystem, while you can still have a pioneering advantage

One Comment on “Tips for Expanding Business To India – Complete Guide”

Great article, totally what I was looking for.

Great blog! Is your theme custom made or did you download it from somewhere? A design like yours with a…

This page definitely has all the information and facts I needed concerning this subject and didn't know who to ask.

Good blog you have got here.. Itís difficult to find excellent writing like yours nowadays. I seriously appreciate individuals like…